I love to have a vast variety of workouts no matter where I am or how I feel without depending on a gym. Choosing an outdoor  environment only enhances the experience. Here is one of my recent workouts that I wanted to share with you. Enjoy! 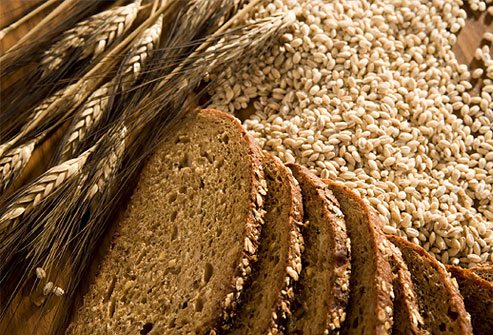 I find that grain bashing makes for a tasty, but ultimately unsatisfying meal.

You all know how much I love doing it, though. But no matter how often I sit down to dine on the stuff (and I’ve done it with great gusto in the past), I always leave the table feeling like I left something behind. Like maybe I wasn’t harsh enough about the danger of gluten, or I failed to really convey just how much I hated lectins. If I didn’t know better, I’d think the mere mention of grains was eliciting a crazy insulin-esque response and throwing my satiety hormones all out of whack. I was filling up on anti-grain talk, but I just couldn’t fill that void for long.

Well, I’ve got the hunger today, and this time I aim to stuff myself to the point of perpetual sickness. I don’t ever want to have to look at another anti-grain argument again (yeah, right). If things get a little disjointed, or if I descend into bullet points and sentence fragments, it’s only because the hunger has taken over and I’ve decided to dispense with the pleasantries in order to lay it all out at once.

So please, bear with me.

Apart from maintaining social conventions in certain situations and obtaining cheap sugar calories, there is absolutely no reason to eat grains. Believe me – I’ve searched far and wide and asked everyone I can for just one good reason to eat cereal grains, but no one can do it. They may have answers, but they just aren’t good enough. For fun, though, let’s see take a look at some of the assertions:

“You need the fiber!”

Okay, for one: no, I don’t. If you’re referring to its oft-touted ability to move things along in the inner sanctum, fiber has some unintended consequences. A few years back, scientists found that high-fiber foods “bang up against the cells lining the gastrointestinal tract, rupturing their outer covering” which “increases the level of lubricating mucus.” Err, that sounds positively awful. Banging and tearing? Rupturing? These are not the words I like to hear. But wait! The study’s authors say, “It’s a good thing.” Fantastic! So when all those sticks and twigs rub up against my fleshy interior and literally rupture my intestinal lining, I’ve got nothing to worry about. It’s all part of the plan, right?

Somehow, I’m not convinced that a massive daily infusion of insoluble grain fiber is all that essential. And that “lubricating mucus” sounds an awful like the mucus people with irritable bowel syndrome complain about. From personal experience I can tell you that once I completed my exodus from grains, the IBS completely stopped. If you’re not yet convinced on the fiber issue I’ll refer you to Konstantin Monastyrsky’s Fiber Menace. Anyway, there’s plenty of fiber in the vegetables and fruit I eat. Which takes me to the next claim:

“You need the vitamins and minerals!”

You got me. I do need vitamins and minerals, like B1 and B2, magnesium and iron, zinc and potassium. But do I need to obtain them by eating a carb-heavy, bulky grain? No, no I don’t. You show me a serving of “healthy whole grains” that can compete – nutrient, vitamin, and mineral-wise – with a Big Ass Salad. What’s that? Can’t do it? Thought so.

“But it forms the foundation of the governmental food pyramid!”

You know, I should have just started the entire post with this one. I could have saved my fingers the trouble of typing and your eyes the trouble of reading. Governmental endorsements are not points in your favor, grain-eater; they are strikes against you. An appeal to authority (unless that “authority” is actually a preponderance of scientific evidence, of course) does not an effective argument make. Conventional Wisdom requires consistent, steady dissection and criticism if it is to be of any value.

There’s a reason grains are first and foremost on the list of foods to avoid when following the Primal Blueprint: they are completely and utterly pointless in the context of a healthy diet. In fact, if your average unhealthy person were to ask for the top three things to avoid in order to get healthy, I would tell them to stop smoking, to stop drinking their calories (as soda or juice), and to stop eating grains. Period. Full stop. They really are that bad.

I’ve mentioned this time and again, but the fundamental problem with grains is that they are a distinctly Neolithic food that the human animal has yet to adapt to consuming. In fact, cereal grains figured prominently in the commencement of the New Stone Age; grains were right there on the forefront of the agricultural revolution. Hell, they were the agricultural revolution – einkorn wheat, emmer, millet, and spelt formed the backbone of Neolithic farming. They could be stored for months at a time, they were easy enough to grow in massive enough quantities to support a burgeoning population, and they promoted the construction of permanent settlements. Oh, and they were easily hoarded, meaning they were probably an early form of currency (and, by extension, a potential source of income inequality). And here’s the kicker: they were harsh, tough things that probably didn’t even taste very good. It also took a ton of work just to make them edible, thanks to their toxic anti-nutrients.

ALL LEVELS WELCOME
The husband-wife team of Christopher and Tracie Vlaun share a unique lifestyle philosophy featuring multi-modal cross training systems that enable them to teach people of all fitness levels to focus on liberation and transformation from the inside out. Their methods allow you to actualize your innate athletic potential by incorporating natural resistance movements, nurturing agility, flexibility, strength and power.

Toxic Taste
CENTURIES AGO A THIRD OF EUROPE WAS WIPED OUT BY THE BLACK PLAGUE.
BY ROBERT LUSTIG | JUNE ’14

Today, half of America will be wiped out by a new plague—chronic metabolic disease—and Obamacare doesn’t address it.

FAST FOCUS
Today the diseases of metabolic syndrome generate close to 75% of the nation’s healthcare costs. Despite having the most expensive healthcare in the world, the United States remains among the least healthy nations.The current medical business model is unsustainable. Medicare is staring at bankruptcy in 12 years.

Processed Diets
The U.N. secretary-general announced in 2011 his plan to target tobacco, alcohol and “bad diet.” But what about our diet? What’s gone wrong? As the United States went low-fat in the 1980s, we opted for foods that cut the fat, which ushered in the processed food “Western diet,” which has rapidly spread across the planet to become the “industrial global diet.” This is an attractive diet for its stakeholders, due to convenience, palatability, lack of depreciation and cost. But it’s killing us.
There are (at least) eight things wrong with our processed food diet:

4. Too Many Omega-6 Fatty Acids Omega-6 fatty acids promote inflammation and drive chronic metabolic disease. Nutritionists suggest that the optimal ratio of Omega-6 to Omega-3 fatty acids should be about 1:1. Currently our ratio is about 25:1. Omega-6 fatty acids are found in seed oils, such as corn and canola.

5. Too Many Trans-Fats Trans-fats are synthetic fats that we can’t metabolize for energy. Thus, they line our livers and our arteries instead. Last November the U.S. Food and Drug Administration declared trans-fats were no longer “generally recognized as safe,” ensuring their eventual disappearance from the American food supply.

6. Too Many Branched-Chain Amino Acids Valine, leucine and isoleucine are essential amino acids that help build muscle protein. But excessive amounts turn into liver fat and impair insulin signaling, driving metabolic syndrome. These are found in abundance in any animal fed with corn—beef, chicken and fish (and that’s all commercially available protein).

7.Too Much Alcohol A little alcohol is good (one glass of red wine for women, two for men), but a lot is not. Alcohol’s effect on metabolic syndrome is dose-dependent. Excess alcohol is turned into liver fat, driving high blood triglycerides (which cause heart disease) and insulin resistance.

8.Too Much Added Sugar This is the most actionable component of our diet because it’s the one the food industry specifically adds for its own purposes. When the industry cut the fat, the food tasted like cardboard, so producers started adding the sugar. Of the 600,000 food items in the American grocery store, 80% are spiked with added sugar. Excess sugar is turned into liver fat, which also drives triglycerides and insulin resistance, and revs up the cellular aging reaction, further driving metabolic syndrome.

Can’t we just solve this with a pill? Can’t Big Pharma rescue us? We’ve got pills to treat hypertension, diabetes and heart disease (not so much for cancer and dementia). And Big Pharma loves nothing better than selling chronic therapies for chronic diseases. The medicines may slow the downward spiral, but we reach the abyss in any case. There’s only one way out. It’s called prevention—a one-word name for real food.