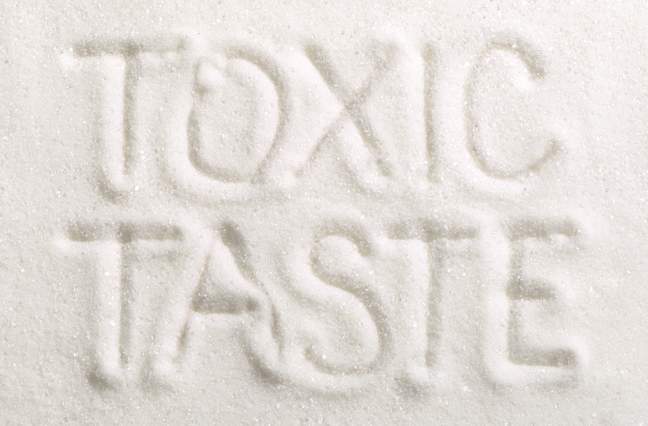 Toxic Taste
CENTURIES AGO A THIRD OF EUROPE WAS WIPED OUT BY THE BLACK PLAGUE.
BY ROBERT LUSTIG | JUNE ’14

Today, half of America will be wiped out by a new plague—chronic metabolic disease—and Obamacare doesn’t address it.

FAST FOCUS
Today the diseases of metabolic syndrome generate close to 75% of the nation’s healthcare costs. Despite having the most expensive healthcare in the world, the United States remains among the least healthy nations.The current medical business model is unsustainable. Medicare is staring at bankruptcy in 12 years.

Processed Diets
The U.N. secretary-general announced in 2011 his plan to target tobacco, alcohol and “bad diet.” But what about our diet? What’s gone wrong? As the United States went low-fat in the 1980s, we opted for foods that cut the fat, which ushered in the processed food “Western diet,” which has rapidly spread across the planet to become the “industrial global diet.” This is an attractive diet for its stakeholders, due to convenience, palatability, lack of depreciation and cost. But it’s killing us.
There are (at least) eight things wrong with our processed food diet:

4. Too Many Omega-6 Fatty Acids Omega-6 fatty acids promote inflammation and drive chronic metabolic disease. Nutritionists suggest that the optimal ratio of Omega-6 to Omega-3 fatty acids should be about 1:1. Currently our ratio is about 25:1. Omega-6 fatty acids are found in seed oils, such as corn and canola.

5. Too Many Trans-Fats Trans-fats are synthetic fats that we can’t metabolize for energy. Thus, they line our livers and our arteries instead. Last November the U.S. Food and Drug Administration declared trans-fats were no longer “generally recognized as safe,” ensuring their eventual disappearance from the American food supply.

6. Too Many Branched-Chain Amino Acids Valine, leucine and isoleucine are essential amino acids that help build muscle protein. But excessive amounts turn into liver fat and impair insulin signaling, driving metabolic syndrome. These are found in abundance in any animal fed with corn—beef, chicken and fish (and that’s all commercially available protein).

7.Too Much Alcohol A little alcohol is good (one glass of red wine for women, two for men), but a lot is not. Alcohol’s effect on metabolic syndrome is dose-dependent. Excess alcohol is turned into liver fat, driving high blood triglycerides (which cause heart disease) and insulin resistance.

8.Too Much Added Sugar This is the most actionable component of our diet because it’s the one the food industry specifically adds for its own purposes. When the industry cut the fat, the food tasted like cardboard, so producers started adding the sugar. Of the 600,000 food items in the American grocery store, 80% are spiked with added sugar. Excess sugar is turned into liver fat, which also drives triglycerides and insulin resistance, and revs up the cellular aging reaction, further driving metabolic syndrome.

Can’t we just solve this with a pill? Can’t Big Pharma rescue us? We’ve got pills to treat hypertension, diabetes and heart disease (not so much for cancer and dementia). And Big Pharma loves nothing better than selling chronic therapies for chronic diseases. The medicines may slow the downward spiral, but we reach the abyss in any case. There’s only one way out. It’s called prevention—a one-word name for real food. 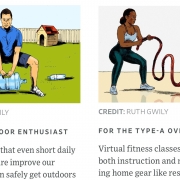 What do you enjoy in your juice???

THE VLAUN’S HOME WORKOUTS IN THE WALL STREET JOURNAL

Training on the beach…..
0 replies

Natural Sun Protection From the Inside Out
Scroll to top