The debate is ongoing as to the use of minimalist shoes and running barefoot. Few studies have been done and there are so many variables to control which makes these existing studies practically irrelevant. To see the true effects of what happens to our foot by removing the external support from a traditional motion control running shoe, it takes time. Years actually. I would like to share an example of a runner who had abandoned her rigid orthotics and motion control ASICS running shoes and began wearing minimalist shoes. The New Balance Minimus with a zero drop to be exact.

She was 34 two and a half years ago and had flexible flat feet, a valgus position of the calcaneus ( the heel bone angles inward when observing from behind), and a valgus knee deformity (knock knees). Her symptoms consisted of knee pain as well as frequent lower back pain. She was wearing custom rigid orthotics which were implemented to realign her arch and heel bone. We had her follow my transition protocol of removing the orthotics for the first part of a run and then replacing them for the remainder. As an example, for a three mile run the orthotics would be removed for a half mile then placed back in for the remaining 2.5 miles. This was gradually increased each week until she was able to comfortably run without them. The same was done for the motion control shoes but in a slower manner. I advise using the 10% rule. Each week mileage is increased wearing the minimalist shoe by 10%. Again, the new shoe is worn first and the run is completed in the traditional shoe. This can sometimes take up to 6-8 weeks or more depending on the level of running a person is doing before the complete transition is made. Many times I tell the patient it takes 3 months to safely transition. Remember, three months can be a blink of an eye in the whole scheme of things as many patients present to me with years of pain. 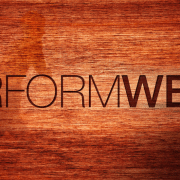 Chris Vlaun’s 3rd feature in the Wall Street Journal – A Run on...

The Healing Power of Bone Broth
Scroll to top